We have seen many film celebs weilding broomstick and washing dishes as part of #Betherealman challenge. Ram Gopal Varma said in an interview that it’s all just posing and posting on social media and inspires nothing and none. Public too knows it of course. Megastar Chiranjeevi, Venkatesh, Ss Rajamouli, Koratala Siva, Sukumar and others competed in this challenge trying hard. 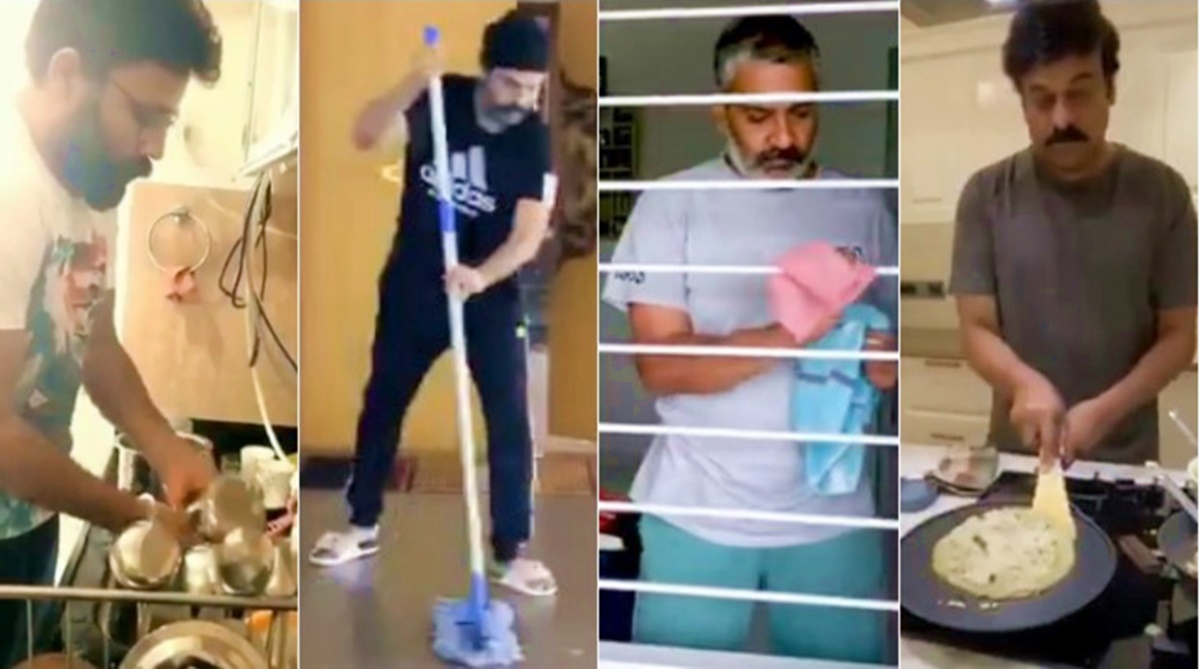 However, it doesn’t serve any purpose feel this common man. A farmer from Godavari districts who incurred nearly 10lakh loss as his banana crop has been wasted due to lockdown following corona virus pandemic appealed to film celebs to help such suffering people by taking their problems to the notice of Governments instead of sharing their silly cooking and other videos while many are starving in these hard times. Perhaps, there are some directors and heroes in film industry who are working for real cause. Harish Shankar has reportedly bought 130 kgs of tomatoes from farmers to help them before they get rotten in lockdown period.

We have seen Vijay Deverakonda announcing his foundation for skill development and employment of youth post Corona. Vishnu Manchu initiated a sensible chain on twitter condemning attacks on health workers. He nominated Mithali Raj, Raveena Tandon and Suniel Shetty to spread the word and create awareness.

Lately we have all heard unfortunate reports of our healthcare workers being harassed and attacked. We must show compassion and gratitude towards these heroes, working with diligence and dignity – away from their homes and families – so that our present and future remains secure. pic.twitter.com/PTGegrzPhM

As was reported earlier, Vishnu has been conducting free meals and essential commodities distribution camps in villages of Chandragiri constituency for poor through Sree Vidyanikethan Educational Trust founded by his father Mohan Babu. Many other film celebs have been addressing real issues without much fanfare. Kudos to them all for their heartful commendable gestures.