Mythri Movies revealed first look of Stylish star Allu Arjun from his 20th film titled Pushpa on the occasion of his birthday. Bunny turns 37 today. His look from the movie looks promising. Nevertheless it’s massy and rugged but it also has class touch. Sukumar directs Allu Arjun for third time after a decade after Arya series.

This time he is being shown as action hero rather than lover boy. The costumes, hairdo and production design indicates it’s a periodic film set in 80s just like Rangasthalam. It may appear to be factionism backdrop with that axe in the poster but it’s about red sandalwood smugglers. It also kind of reminds us Tamil film Subrahmanya puram(Anthapuram 1980) in look and feel.

Sukumar is said to have scripted a pan India appealing content which is why it’s being made in 5 languages. Bunny garnered enormous fan following across India with Ala Vaikuntapuramlo, especially Butta Bomma is a rage. Apparently, Pushpa may also have a mafia and gangsters drama. Meanwhile, megafans are in jubilation as Bunny’s look resembles Megastar Chiranjeevi’s looks of his early years. 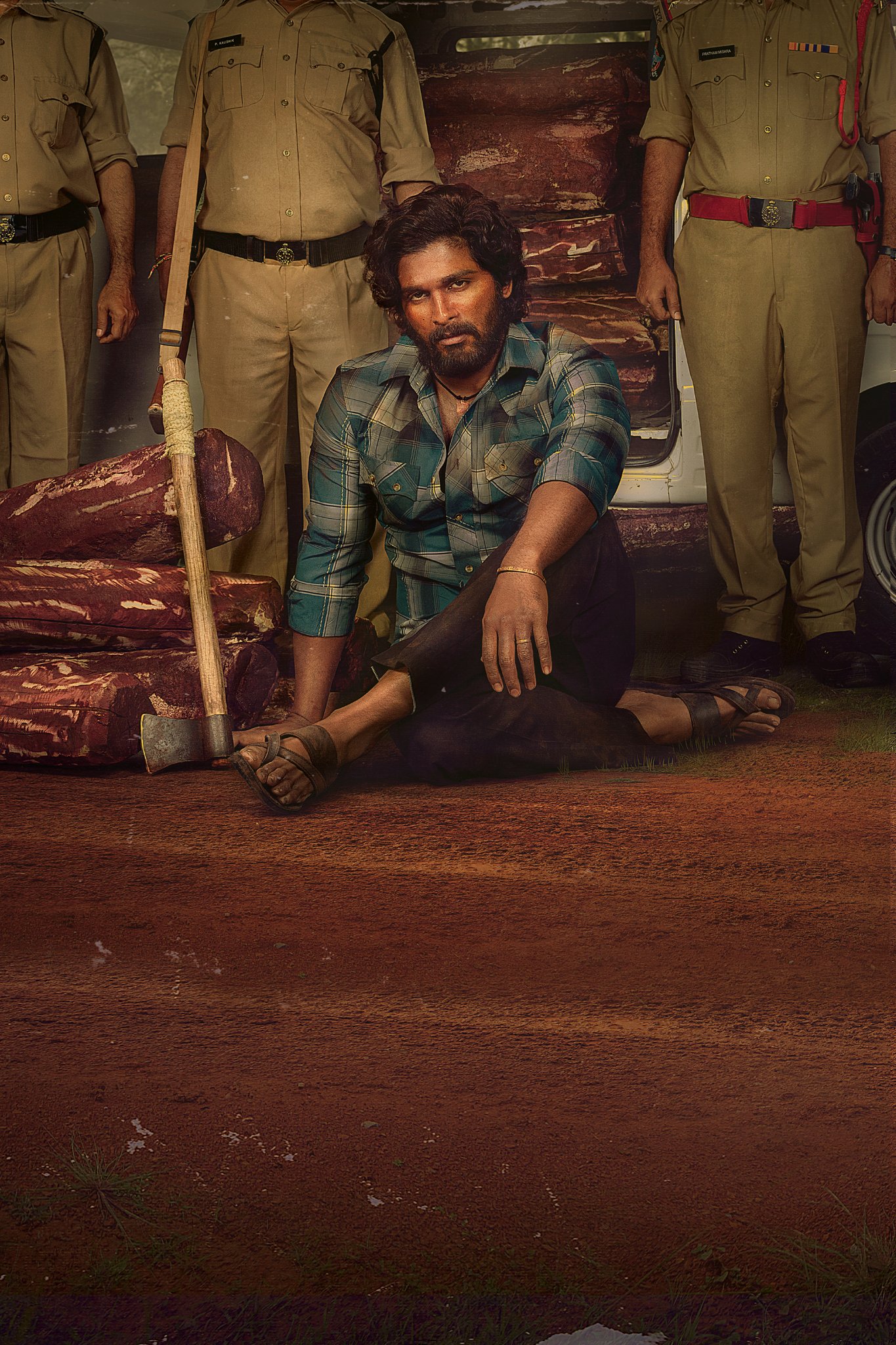