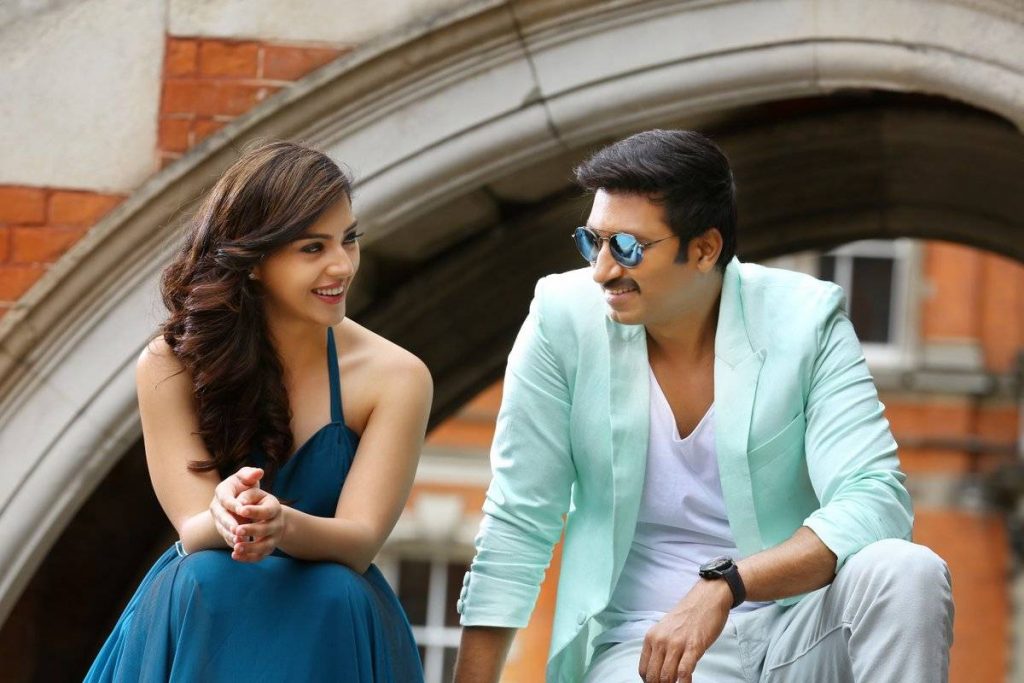 Pantham full movie review and rating
Cast: Gopichand, Mehreen Kaur Pirzada
Director : K Chakravarthy
Producer : K. K. Radhamohan
Music : Gopi Sundar
Cinematographer : Prasad Murella
Editor : Prawin Pudi
Pantham Story :
Crores of money gets robbed from Ministers and top politicians. Home minister Nayak (Sampath) is also not spared, so he orders for an investigation. It is learnt that the prime suspect is a youth named Vikranth (Gopichand). Remaining part of the story is about why Vikranth turned a robber? Why he is only robbing politicians? What does he do with all the money?
Pantham Review:
Pantham is a regular commercial potboiler with a social message. The first half is engaging with robbery episodes along with some fun factor. The actual twist is revealed by the interval. Hero’s back story unfolds in the second half. The film has got relevance to the current political scenario in India.
The plot of corrupt politicians ransacked by hero has been seen in several movies earlier. Narration of this routine plot too is not much exciting. First half is entertaining with some comedy. Romantic track between lead pair fails to impress. Hero swag and deliberate elevation scenes make it further weary.
Hero –villain confrontation scenes test patience. Climax is somewhat okay with lengthy punch dialogues in the guise of social message that may appeal to mass audiences. The film lacks any novel point to grab attention of multiplex audience.
Performances:
Gopichand’s appearance and performance is no different from any of his previous films. However, he delivers his best as macho mass hero, especially with his powerful dialogue delivery in the climax.  Lean looking Mehreen spills glamour but has no scope in the story. Prudhvi and Srinivasa Reddy tickle the funnybone. Sampath is decent as corrupt home minister.
Technically:
Pantham is lavishly made mass action entertainer with rich production values. Background score is good and songs doesn’t leave any impression. Cinematography is average. Some hard-hitting dialogues are well written. The film could have been crisp to have a better impact.
Bottom-line: Pantham – social message in commercial formula
Leave your valuable feedback on our Pantham movie review