Prabhas is going to team up with Mahanati director Nag Ashwin for his 21st film. Vyjayanthi Movies has officially announced the news. Prabhas is currently busy shooting for his movie in the direction of Jil Radhakrishna. Nag Ashwin is basking on glory of Mahanati that won him accolades and acclaim across the nation.

Baahubali craze never soon to die for Prabhas either. So, their collaboration has been trending as hashtag India wide. It is believed to be yet another periodic film as they are promising an epic. The budget too would be mammoth for sure. Fans speculate that it would be made at whopping 400 cr budget and is targeted to mint atleast 1000 crore. Buzz has it that Darling will be seen as a superhero in this sci-fi thriller on par to Hollywood standards. It is also said that the story was actually penned with Chiranjeevi in view by Nag Ashwin.

The pan-Indian movie will be planned for release in 2022. Keerthy Suresh may be considered as one of the heroines for Prabhas in this extravagant flick to be made in multiple languages. Ashwin has given mass elevations in Mahanati itself so he is expected to present Prabhas in level up swag. 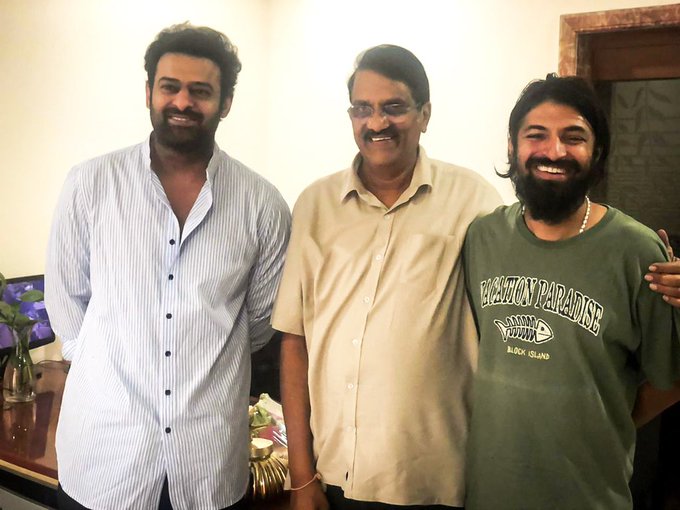