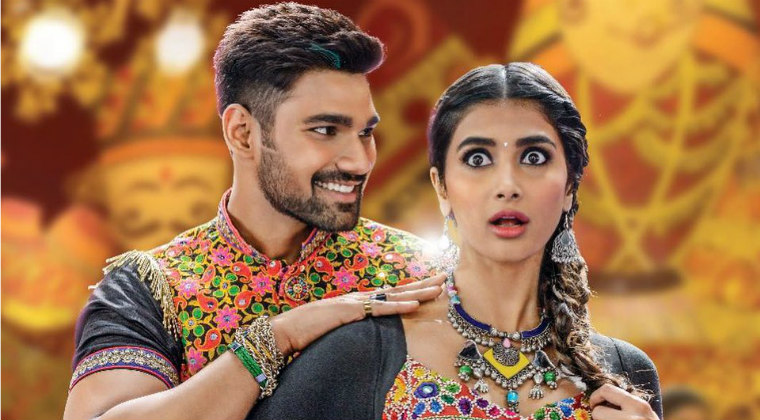 The theme song of ‘Saakshyam’ movie is going to be out tomorrow i.e, on July 7th at 9:30 am on RED FM. This particular song has significance as India’s top five singers have lent their vocals for the track.
Harshavardhan Rameshwar is the music composer of ‘Saakshyam’ and lyrics for the theme song are provided by Ananth Sriram.
Starring Bellamkonda Sai Sreenivas and Pooja Hegde, the film is directed by Sriwass and Sai Madhav Burra has penned the dialogues. The film is going to be extensive visual effect epsiodes and the team which worked for ‘Baahubali’ are doing the CG work.

Payal Rajput to sizzle with Bellamkonda

Guess Kajal Aggarwal Role in her next