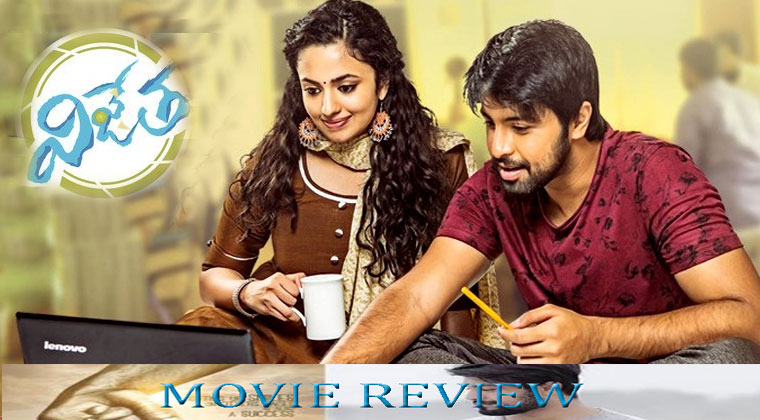 Cast: Kalyaan Dhev, Malavika Nair, Murli Sharma
Director : Rakesh Shashi
Producers : Sai Korrapati
Music: Harshavardhanraj
Cinematographer : K. K. Senthil Kumar
Vijetha Story:
Ram (Kalyaan) is a happy go lucky youngster in search of job. His doting father Srinivasa Rao (Murali Sharma) sacrifices his passion for photography and does a job for the sake of his family wellbeing. Srinivasa Rao is constantly worried about Ram who wastes time hanging out with friends all the time.
He also has to face insults due to Ram. Father’s health condition and family burdens like sister’s marriage makes Ram realize. He turns responsible and establishes event planning company with friends and succeeds. How he settles all the problems and makes father proud forms the rest of the story.
Vijetha Review:
Vijetha is family drama just like Mega Star Chiranjeevi’s yesteryear hit of same title. The film is heavy on father – son sentiment. First half is entertaining with subtle romantic track and buddy comedy. Post interval the film gets emotional.
Some intense moments move audience to tears. Script is well knit with some interesting points that are well connected. However, some forced comedy track in second half and repeated sentimental scenes make the film weary towards the end.
Well, it all ends in an overwhelming happy ending. The film gives an motivational class to youth in being responsible in life and respect parents sacrifices in rising them.
Performances:
It’s a decent debut for Kalyaan Dhev. He has got a charming screen presence but have to work out on his expressions and dialogue delivery. Murali Sharma is the main pillar of the story. His performance as middleclass dad is to a T. Malavika Nair’s role is more of a supporting one than of a heroine. Prudhvi, Satyam Rajesh, Sudhakar, Bhadram and others add comedy.
Technically:
Coming from Vaarahi Chalana Chitram, Vijetha is rich in production values. However, the film has no lavish songs or extravagant fight episodes. Director keeps it simple decent family drama. Cinematograpy by Senthil is a big plus. Music enlivens the drama. Couple of songs are hummable.
Bottom-line: Vijetha is only a family winner
Please leave your feedback on our Vijetha Movie Review