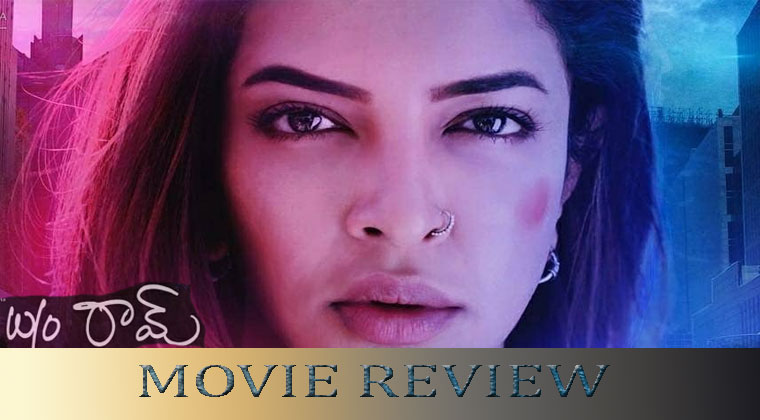 Wife Of Ram Full Movie Review And Rating
Cast: Lakshmi Manchu, Samrat, Aadarsh Balakrishna, Priyadarshi
Director: Ajay Yelakanti
Music: Raghu Dixit
Producer: Lakshmi Manchi, Vivek Kuchibhotla
Wife of Ram Story:
Deeksha(Lakshmi) lodges a complaint with police that her husband is pushed off a cliff and murdered by miscreants. Adding to her woes, she also suffers miscarriage in the same scuffle.
Negligence of irresponsible cops irks her that she sets on her on to find the culprit. From crime scene investigation to gathering circumstantial evidence, she does it all and zeroes in on Rocky (Aadarsh) as the prime suspect. To know the actual back story that led to Ram’s murder and how Deeksha takes revenge, you need to watch Wife of Ram on big screens.
Wife of Ram Review:
Wife of Ram is a mysterious crime thriller. The film is insightful at how investigation is done in a murder case. A distressed widow on vendetta seeking justice is a stirring storyline in itself. Absorbing narration with unpredictable twists keeps it further glued.
First half takes off on a slow note till Deeksha takes charge of the probe by herself. How she connects the dots to unfold the mystery is engaging. The suspense element is the crux of the story that it keeps one hooked till the climax. Some scenes appear bit dragged and cinematic liberty shroud logics at places.
The film is coupled with some emotionally charged and tear jerking moments. It also delivers an underlying social message that is serious contemporary issue.
Performances:
Lakshmi Manchu gives her best as Deeksha. Her subtle performance as an innocent helpless widow is to a T. She emotes well in the initial sentimental scenes and the fury of revenge is shown through her intense expressions.
Priyadarshi is decent as constable guiding her. Aadarsh is good as well. Srikanth Iyengar needs a special mention as a wicked cop. Samrat doesn’t have much of screen space.
Technically:
Wife of Ram is technically well made thriller. Raghu Dixit’s background score is impressive. It further augments the feel of agony and curiosity. Cinematography is brilliant. Narration could have been paced up with sharp cuts to make the film more impactful. Director takes the due credit in making it an engrossing thriller.
Bottom-line: Wife of Ram – Engaging suspense thriller with an explicit message.
Leave your valuable feedback on our Wife of Ram movie review below..