Manchu Manoj is all set for a grand comeback after 3 years gap. Rocking star announced his first production venture under his newly launched production house MM Arts. Manoj revealed the title poster which is quite exciting. Titled Aham Brahmasmi, the film will be presented by Vidya Nirvana Manchu Anand, daughter of his sister and actress Lakshmi Manchu. Muhurat of the movie is set as March 6. Manoj is co-producing the film along with his mother Nirmala Devi. It will be directed by debutant Srikanth N Reddy. Nabha Natesh is likely to pair Manoj. 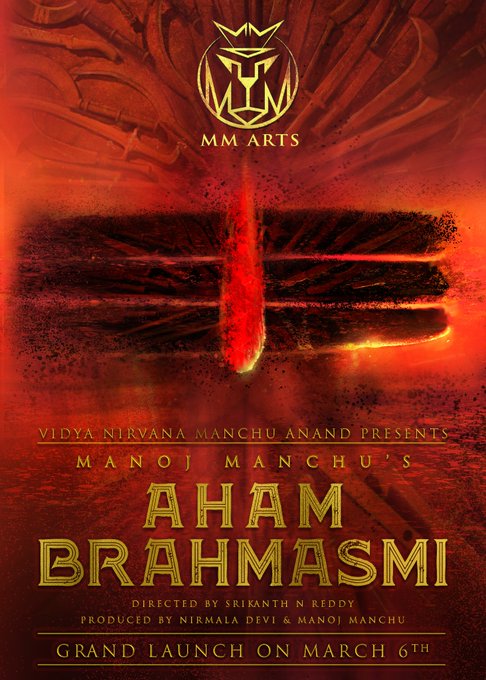