Join us in wishing Vishnu Manchu a very happy birthday. Vishnu’s upcoming movie’s first look along with the title has been revealed on this occasion. “Mosagallu” is the title of this interesting film being made in English and Telugu. American director Jeffrey Gee Chin is helming the film. In English, the film has been titled as ‘The Call Center’. It is based on true incidents revolving around an IT Scam. Kajal Aggarwal plays female lead. She will be seen as Vishnu’s sister. Navdeep also plays an pivotal role. Check out Vishnu’s intense looks as ‘Arjun’ from the movie Mosagallu. 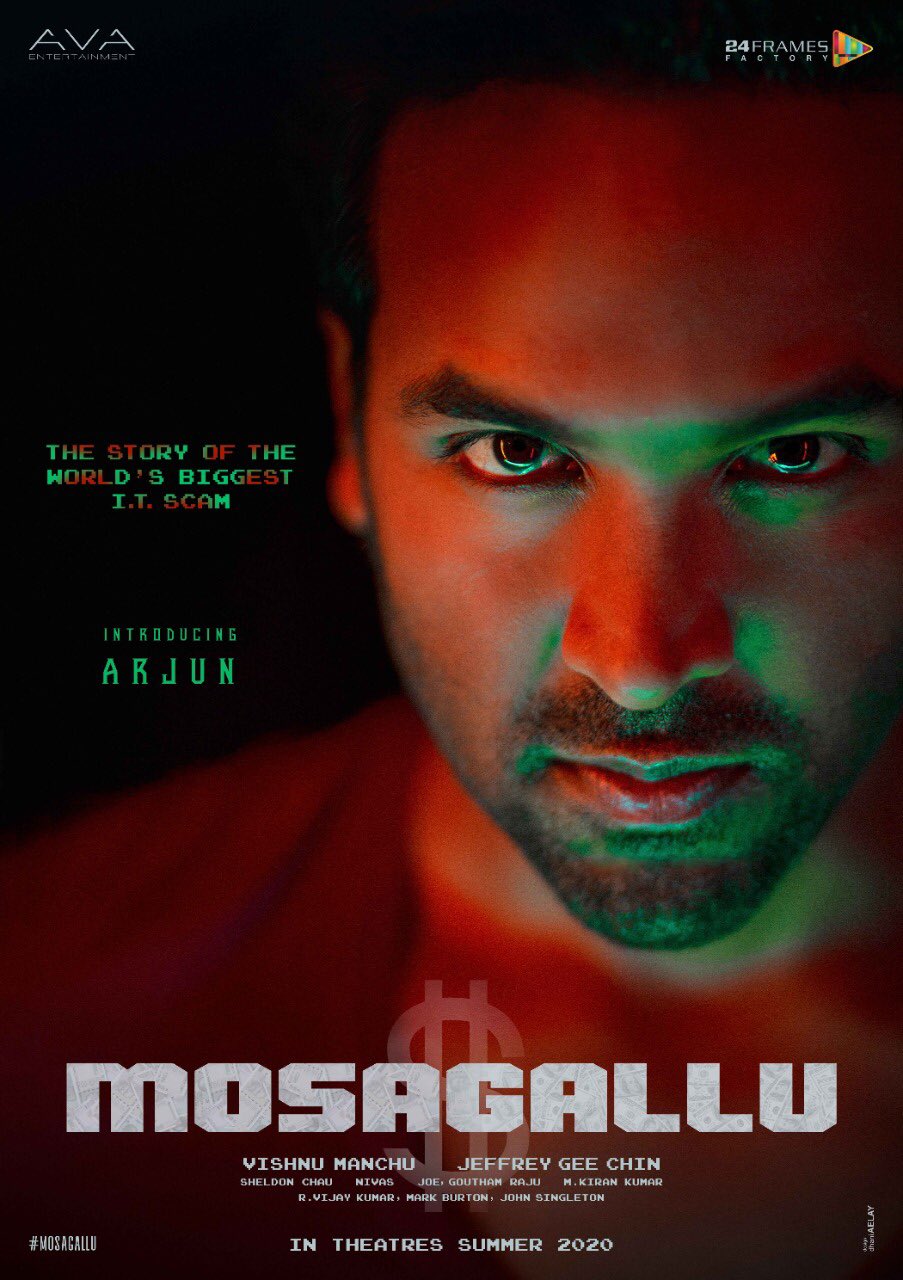