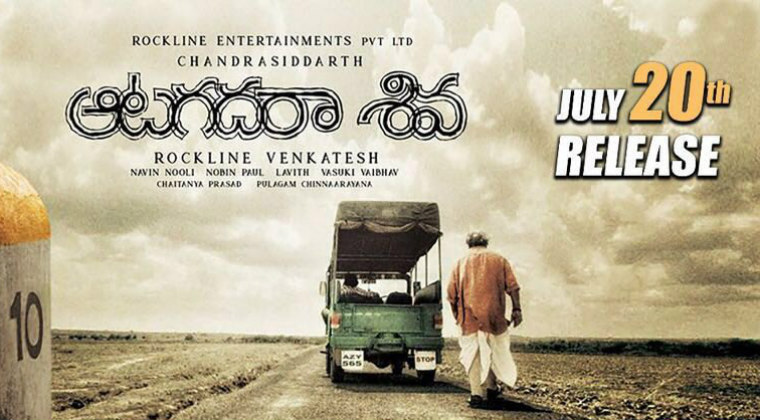 Aatagadharaa Siva Full Movie Review and Rating
Cast : Doddanna, Uday Shankar, Hyper Aadhi
Director : Chandra Siddarth
Producer : Rockline Venkatesh
Music: Vasuki Vaibhav
DOP: Lavith
Editor : Navin Nooli
Story:
Aatagadharaa Siva is a kind of anthology with parallel stories of six people. A convict (Uday Shankar) sentenced to death meeting his executioner (Doddanna)? An eloped couple and few other characters on a journey with twist in tale comes when their paths cross at a point. What happens next will be an interesting watch on big screen.
Aatagadharaa Siva Review:
Aatagadharaa Siva is a pathbreaking film. Though it is experimental it has got strong emotional backup. The film also has got subtle comedy. It made look raw and realistic. Aatagadhara Siva portrays psyche of of human beings at different situations especially at hardships of life.
The film moves at a snail pace. Non-linear narration and messed up subplots confuse a bit. The second half is burdened with heavy emotions and philosophy. The film appears to be made to compete for awards and lacks commercial tinge. Delibrately forced ending makes one leave theaters with an underwhelming feel.
Performances:
Hyper Aadi brings in some laughs with his punches. Doddanna stands tall with his terrific performance. Gajula Uday Shankar makes an impressive debut with his role of a cruel guy.
Technically:
Chandra Siddharth comes up yet another novel preachy storyline after his acclaimed film ‘Aa Naluguru’. Perhaps he’s carried away with too much of realistic depiction completely ignoring the commercial aspects that crowd cheer.
Cinematography is too good. Rustic rural areas are well captured. Hard-hitting dialogues penned by  by Muni Suresh Pillai are enlightening. Background score is enhances the mood of the scenes.
Bottom-line: Aatagadharaa Siva – An atypical suspense drama
Please leave your feedback on our Aatagadharaa Siva movie review