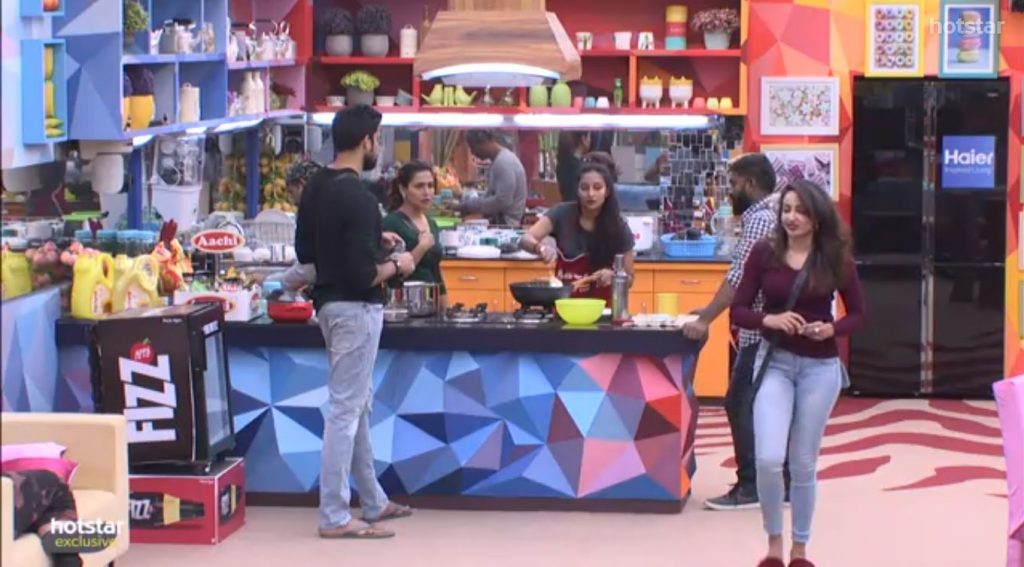 The big Boss show is the most TRP rated show in Telugu states. The Controversial reality game show is going great in its way. In the recent episode, there was a clash between Nandini and Tejaswi. Before audience takes their favorite contestant side there are few issues to be noticed as an audience.
When one is watching Big Boss they will easily realize that, Tejaswi plays tricks on housemates with their own words and tries to prove them as double-faced. She feels everyone who is not as open as she is are gossip queens and considers one should act according to her mindset. The same thing has happened with Shyamala and Kaushal. Everyone else in the house is not bothered about how things are going, Tejaswi is only the one who is trying to change things accordingly and assaying to put a good face in front of the camera?
Is this all for the content or is she trying to stand out of the crowd? is what an audience is feeling while watching.The same situation has aroused last night in Big Boss show. Tejaswi Knows that raising Nandini Rai comments of Criticizing Bhanu of her appearance would trigger clashes between them, so she purposely raised the topic with Deepthi so that she would again raise the issue with Nandini.
Why did Tejaswi raise a topic which happened weeks ago? Everyone in the house has no issues with Nandini till date except for Bhanu. Apparently, Teju wants to ignite a clash between Nandini and other housemates therefore she sparked a row between Bhanu and Nandini relationship.
Nandini seems to have anxiety issues. She might have said those offensive words in fit of a rage but realized it later and confessed sorry to Bhanu and sought out the problem. Let’s see if Big Boss will play the video of Nandini and Tejaswi Drama at weekend.