Megastar Chiranjeevi is creating ripples on social media. He released his #Betherealman challenge video. It’s entertaining and heart touching at the same time. Chiru’s stylish swag in making Pesarattu and having it from mom’s hands is 👌

Chiranjeevi has been shocking every one with surprises of late. He’s currently working on Koratalas Acharya is known. He also hinted about his next films with Sujith and Meher Ramesh. Selecting flop directors indeed is surprising. The Saaho director would be helming Lucifer remake. Malayalam original director Prithviraj played key role in that Mohan Lal starrer. Allu Arjun was rumoured to reprise it remake. If not any of the mega hero of Chiranjeevi’s choice would be cast for the role. Of course, any of them would grab the opportunity. Allu Sirish is most likely however. Chances of Varun Tej or Sai Dharam sharing screen with their Mentor may not be ruled out. 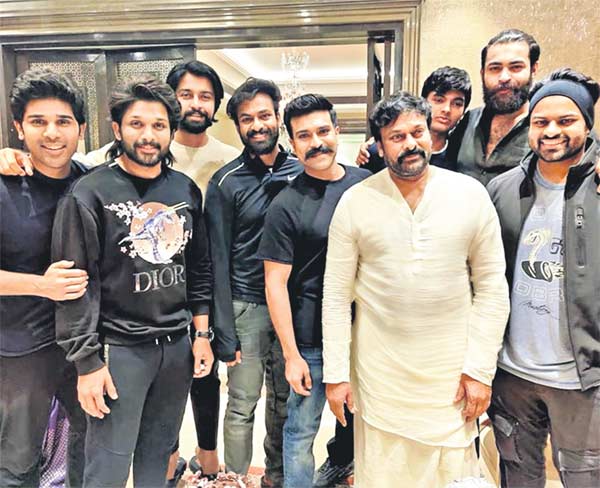