Music director Devi Sri Prasad lands in a trouble this time. Actress Karate Kalyani who often hits the headlines for controversies has now targeted the music director this time. She hit the headlines during the #MeToo controversy and most recently she became a topic of discussion after she filed a case against the YouTuber, Srikanth Reddy. 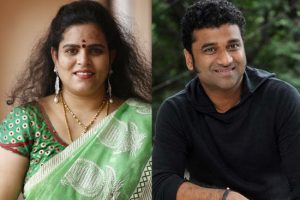 Now, the actress came forward and filed a case against the music director Devi Sri Prasad. A few weeks ago, Devi Sri Prasad has come up with his album song, “O Pari” and the song received a mixed response. Objecting to the song, Karate Kalyani now feels that the lyrics in the song are insulting Hinduism and Hindus to the core. 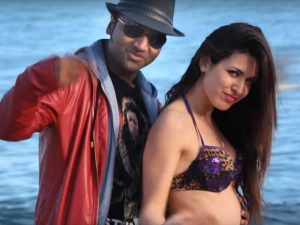 Filing a complaint at Cybercrime police station in Hyderabad, Karate Kalyan said that she and her fellow members from a Hindu Outfit are enraged with the usage of the holy Hindu chant ‘Hare Rama Hare Krishna’ in the recently released O Pari song.

Read: Is Sidharth getting married to this Heroine?