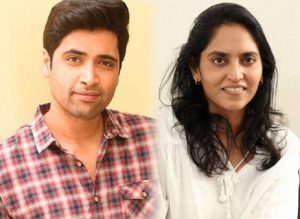 Adivi Sesh, the most eligible bachelor in the Telugu film industry is often linked to his co-stars, but the actor has never opened up about his relationship. The actor who delivered two super hits Major and HIT 2 recently has been hitting the headlines for his relationships. Rumour mills have been abuzz since 2019 Adivi Sesh is reportedly in a relationship with actor Sumanth’s sister Supriya Yarlagadda with whom he shared the screen space in the Goodachari movie.

As per speculations, they were introduced by Samantha a few years back. In the last week of December 2022, Adivi Sesh was seen with Supriya at the Akkineni’s Christmas get-together party and this raised more doubts.

Also Read: Sunny Leone about her past

Though Adivi Sesh has always remained tight-lipped about his relationship, in a recent interview, the actor commented on his current relationship status. “It’s complicated. It’s been like this for years,” he said. He also spoke about an episode where he received romantic proposals from two sisters at an event. “I was at an event recently and there were two twin girls in their 20s with their mom and dad. And both sisters proposed to me at the same time in front of their parents. I was like uhhh…” he shared.

When asked about his marriage plans a few months back, Sesh said that he would consider it ‘at some point’ but it’s ‘definitely not on my mind’. He went on to add, “Basically, my parents are looking forward to getting me married off like a nice Indian boy. It started with them saying that as long as she is a Telugu girl, and now they are like as long as it’s a girl from some part of the world. They are getting desperate, but I’m not sure, man. There’s so much to do and so little time. I genuinely mean that. I grew up in the US and it’s not a big deal for me to get into a relationship.”