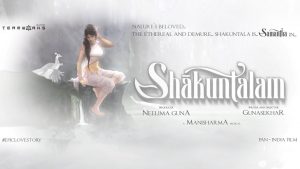 Guaneskhar’s period drama featuring Samantha as Shakunthala has been in the making for a long time. The movie which completed the shooting formalities even before the start of Yashoda movie has been delayed due to post-production and VFX works. The movie has completed all the formalities and gearing up for a grand release.

Also Read: Sunny Leone about her scary past

Based on Kalidasa’s Abhijnanashakuntalam, the movie is a love story between Shakuntala and Dushayantha. Shakuntala, the daughter of sage Vishwamitra and Menaka marries king Dushyantha.

Gunasekhar who earlier directed the period war drama Rudramadevi has now come up with this epic love story.  The producers have announced the date. The movie will be hitting the screens on February 17 coinciding with the Shivaratri festival.

“Witness the #EpicLoveStory #Shaakuntalam in theatres near you from Feb 17th, 2023 Worldwide,” the production house tweeted.

Dil Raju is presenting the film. Malayalam actor Dev Mohan will be seen as the male lead and portray the role of Dushyantha in the movie. Even though Samantha has been out for a while due to a diagnosis of Myositis disease, she plans to return to work soon to begin promoting this film.

The movie, however, will have tough competition from movies like Vishwak Sen’s Dhamki and Dhanush’s Telugu debut movie Sir which have announced their release dates as February 17th. It remains to be seen whether Gunasekhar can score a much-needed hit with his movie or not. His last movie Rudramadevi which was made a whopping budget ended as a dud at the box office.

Samantha opens up about her life struggles