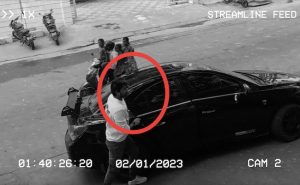 VJ Sunny, who shot to fame and overnight stardom after winning the coveted title of Telugu Bigg Boss Season 5 is in the news for the wrong reason. Sunny is a non-controversial person unlike most of these celebrities who seek attention through controversies. He is a guy with a no-nonsense lifestyle.

However, he shocked everyone in a recent video. A leaked video of Sunny running away with a bag full of cash has surfaced on the internet and has gone viral. Sunny is seen rushing into the basement of a building.

The CCTV footage, whose source is unknown, pertains to January 2. The location is yet to be ascertained. The Bigg Boss winner is seen rushing out of the building and trying to escape with loads of cash in his car.

What was Sunny even up to? He looks anxious and jittery. Sunny hasn’t opened up about the incident yet.