As everyone are glued to TVs and OTT platforms in this lockdown, pandemic and outbreak relevant movies are being mostly watched by public. No doubt Hollywood and other industries would come up with films on Covid later on, but here are some movies that came earlier that got close resemblance to scenario now.

Contagion starring Titanic actress Kate Winslet that released in 2012 is very close to whatever is seen on media today. 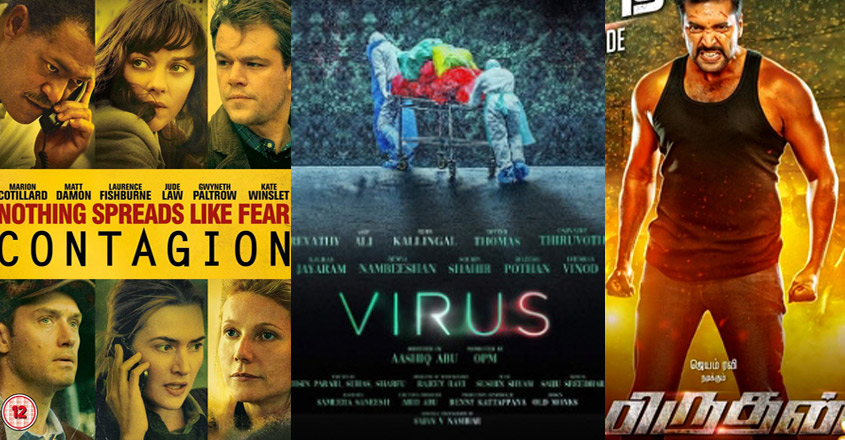 Malayalam movie Virus is also pretty relevant. Dawn of the Dead, Outbreak, 12 Monkeys are some classics of this genre.  Worldwar Z, Resident Evil, Train to Busan and The Legend are zombie films. You may also watch Kingdom, a webseries on pandemic in ancient times.