After a brief sabbatical, Vishnu Manchu is back with a thriller-comedy entertainer ‘GINNA’ directed by Suryaah. The movie was released on 21st October and had a decent run at the box office despite stiff competition from movies like ‘Sardaar’, ‘Prince’, and ‘Ori Devuda’. 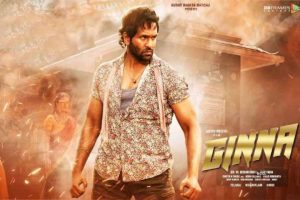 The movie had an ensemble cast of Sunny Leone, Paayal Rajput, Vennela Kishore, Sunil, and Raghu Babu. Being bankrolled by Vishnu Manchu, the movie was supervised by the star writer and filmmaker Kona Venkat.

As per the trade sources, GINNA movies have a total of 9 Crores INR worldwide. It’s buzzed that there’s a huge demand for digital rights as well.

Nani to fight with Karthikeya