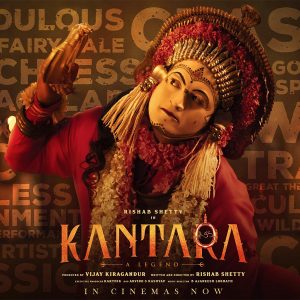 Now, another movie that was a sensational hit in theatres hasn’t been well received by the audience on OTT. After much hype and delay, the latest sensation Kantara movie started streaming on Amazon Prime OTT on 24h November.

Also Read: This Star Heroine is all set to marry

But, Surprisingly, many of the audience have felt that the movie was overrated. One of the biggest reasons for the disappointment of the audience was Varaha roopam song, which comes towards the of the movie.

After an impressive climax fight, Varaha Roopam song took the movie to next level and made the audience leave the theaters with an astonishing feeling. Directed and acted by Rishab Shetty, the movie which was made on a budget of 16 crores had collected more than 400 crores worldwide.