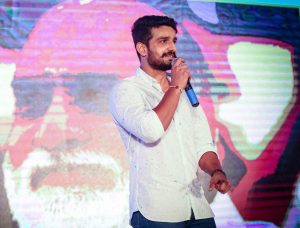 In a tragic and unfortunate incident, the budding Tollywood actor Sudheer Varma ended his life by committing suicide. The news was confirmed by his co-star Sudhakar Komakula through his social media.

Sudheer Varma made his debut as an actor in the movie Kundanapu Bomma presented by the legendary K. Raghavendra Rao. He later acted in movies like Second Hand and Shoot Out At Alair.

Sudheer Varma seems to have been going through several mental and financial pressures for quite some time and hence he committed suicide.

Several Tollywood personalities have been expressing their condolences over the untimely passing of the young actor.