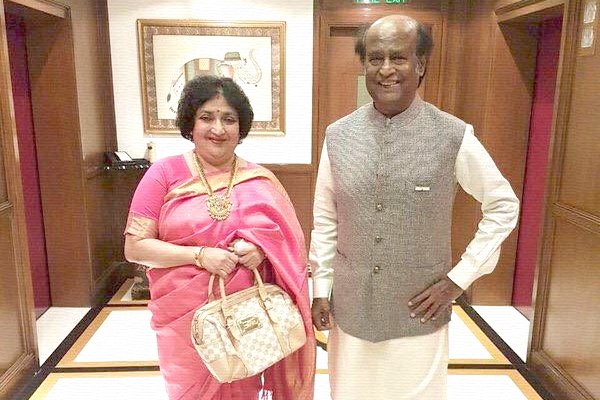 Latha Rajinikanth, the wife of Tamil superstar-turned politician Rajinikanth, will face trial in a case relating to non-payment of outstanding amount of Rs 6.2 crore to an advertising agency, as the Supreme Court on Tuesday set aside the Karnataka High Court order that had quashed the criminal proceedings against her.
A bench of Justice Ranjan Gogoi and Justice R. Banumathi said the Karnataka High Court was not justified in quashing the proceedings against Latha, adding: “This is a case which should have gone for trial. You (Latha) can apply for discharge at an appropriate stage.”
Latha Rajinikanth is allegedly one of the Directors of the Mediaone Global Entertainment Ltd. that had taken Rs 14.90 crore loan from Bengaluru-based Ad-Bureau Advertising to finish post-production work of 2014 Rajinikanth-Deepika Padukone starrer film “Kochadaiiyaan”, directed by Rajinikanth’s younger daughter Soundarya. The amount outstanding is Rs 6.2 crore.
The bench was hearing a plea filed by the Ad-Bureau Advertising against the March 10, 2016 order of the Karnataka High Court quashing the proceedings against Latha, which were initiated after a trial court order.
She had approached the high court after the trial court had referred the private complaint filed by the advertising agency to police for investigation.
On July 3, the apex court had pulled up Latha for not complying with its order and her undertaking to repay the outstanding amount of Rs 6.2 crore to an advertising agency.
On Tuesday, the counsel appearing for the agency told the bench that Latha had not paid the money to them as per the undertaking given by her in the apex court earlier.
On February 20, the bench while keeping the petition by the advertising agency pending for three months, had said that Mediaone would pay the amount in three months failing which Latha Rajinikanth would bear the burden of payment.
The bench’s February order had stated: “Special leave petition is kept pending for three months. Within the aforesaid period of three months if the company – Mediaone Global Entertainment Ltd – does not pay the balance dues, the respondent-accused (Latha Rajanikanth) has undertaken before the court to pay the amount due.” IANS