Actor Sidharth is multitalented. He is a writer, singer, assistant director, and actor. The actor is known for his killer looks, and acting, however, there’s another thing he is pretty famous for, and that is his relationships and link-ups. Siddharth has been linked with several heroines from Shruthi Haasan, and Hansika Motwani to Samantha Ruth Prabhu. 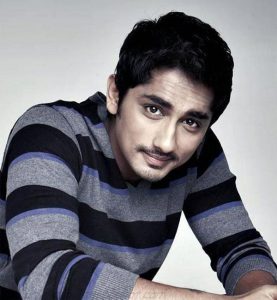 Apart from his acting, he is known for his Casanova image. Sidharth, who was already married, divorced his life after he was involved in affairs with several heroines. He was supposed to marry actress Samantha but they have parted ways for unknown reasons.

The latest buzz is that Sidharth and actress Aditi Rao Hydari have been seeing each other for quite some time now. Taking to Instagram, Siddharth, shared an unseen photo with Aditi. In the photo, Aditi posed with her hands on Siddharth’s shoulder as she leaned on him. Both of them smiled as Siddharth clicked the selfie.

Sharing the photo, Siddharth wrote, “Happy Happy. Happy Birthday Princess of Heart @aditiraohydari.” However, neither Siddharth nor Aditi has opened up about this.