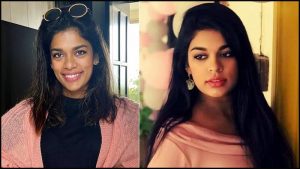 Sreeja Konidela, the younger daughter of Megastar Chiranjeevi and sister of Ram Charan has been in the news for her strained relationships. After marrying Bharadwaj in 2007 in the most controversial way, she got divorced from him and married Kalyan Dhev a few years later.

There have been several speculations that Kalyan Dhev and Sreeja got separated but none of them have made it official. Sreeja is now a single mother to her two daughters. Last year, she claimed, she met the one person who truly matters to her and who loves her most. Finally, she revealed that important person in her life. Interestingly, she speaks about herself.

Sreeja posted a video to social media in 2023 declaring that she had realized her strength and that the journey had begun. She concluded her letter by saying, “Stepping into 2023 with love, compassion, joy, and wisdom.”