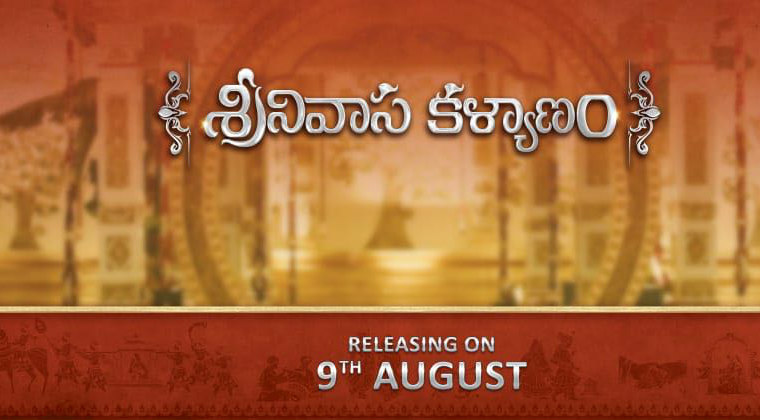 The theatrical release date of ‘Srinivasa Kalyanam’ has been confirmed by the makers on August 9th. Starring Nithiin, Raashi Khanna and Nandita Sweta in the lead roles, the film is being directed by Satish Vegesna.
This is a family entertainer and the plot revolves around the Hindu traditional wedding. ‘Srinivasa Kalyanam’ will have an ensembled cast in key supporting roles. The shooting is in final stages.
Dil Raju is producing the movie under Sri Venkateswara Creations banner.