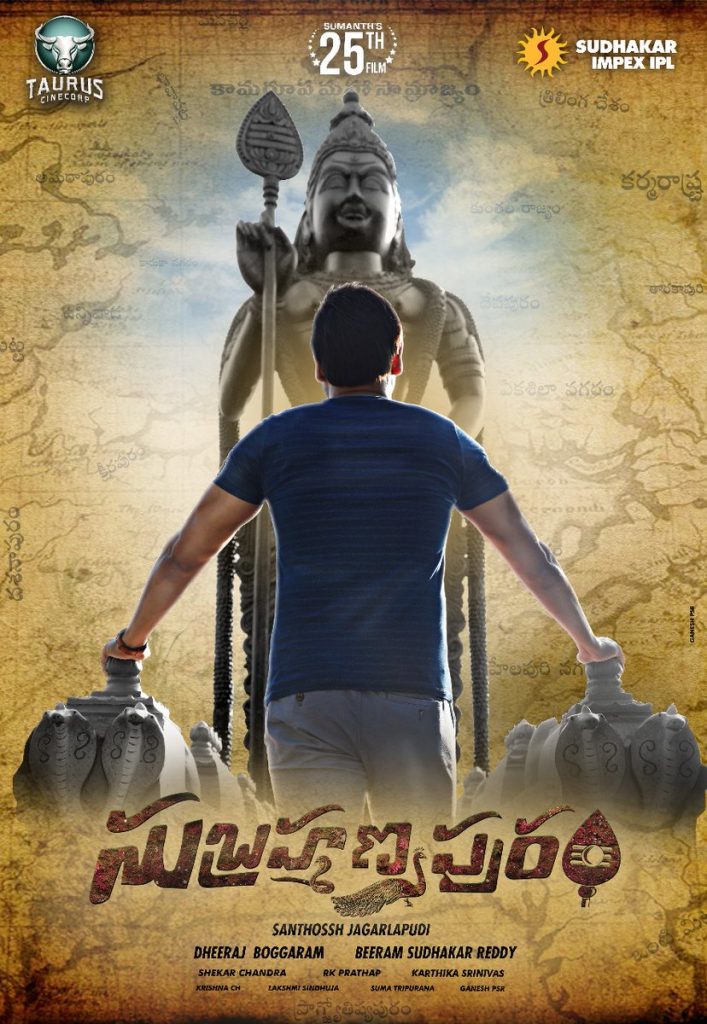 ‘Subramanyapuram’ is Sumanth 25th movie in his cine career. The first look of the film is released and is looking promising. The first poster of the film is raising hopes on Sumanth’s next. The poster has Sumanth standing before Subramanya Swami with his hand laying on Snake carvings and in the background there is a map giving hints of a thriller.
However, Sumanth selection of movies has changed over time. Sumanth and Eesha Rebba are pairing in the movie. The film is helmed by debut Director Santhosh Jagarlapudi. Dheeraj Bhogaram, Sudhakar Reddy are jointly producing the film.a