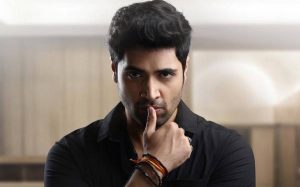 Adivi Sesh is one of the highly talented celebrities in the Telugu film industry. He is a writer, actor, and director and has proven his talent in these crafts already. He has been delivering hits in a row and his last two movies ‘Major’ and ‘HIT 2’ have extended his success spree.

The actor who stays away from controversies has made some comments about nepotism in the film industry.

He said that there are at least 10 heroes from each family in Telugu and an outsider like him bagging a chance in a good script is not an easy task.

Well, the topic was about how he takes the result of a movie and Adivi Sesh chose to explain it in the most practical way possible.

Speaking at ‘The Actors Roundtable’ 2022 of Bollywood Hungama, Adivi Sesh was asked how he can detach from the result, he said he won’t get depressed when a film doesn’t work, but go for a healthy analysis of what made it so.

He emphasizes he is very practical about the result and very often he says he’d caught it and corrected a script from going awry.

Adivi Sesh says that’s where he started writing and he wrote/collaborated on four scripts in the last six films he acted in.

Also Read: Is the star hero heading for divorce?

The reason for getting into writing is that he said he was tired of waiting for offers on good scripts. Sesh says,’ There are 10 heroes in each family and for a good script to come by you, you are choice no 53. And there are only 20 good scripts and you are not being considered. One thing is you don’t have this auditioning culture in Telugu cinema.’

‘The lead roles and important roles are already chosen, but the roles that have least to no importance have those auditions. So you’d end up writing your own thing to control this process, not that I know better but I would know why I am falling If I am falling. So yeah, the result matters a lot.‘ says Sesh.

It’s a known fact that Tollywood is packed with star kids and it has to be seen how Sesh’s comments are taken.