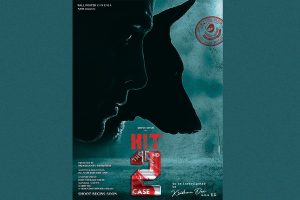 Adivi Sesh is the most bankable actor in Tollywood. He proved his mettle both as an and director and his last few movies have been quite successful. Adivi Sesh has been appreciated for delivering quality movies within a shoestring budget.

Post the success of Major movie, expectations for his next movie HIT 2 have increased and the movie is finally out. Let’s see whether Adivi Sesh can impress again or not.

The movie begins with a brutal murder of a young woman Sanjana in Vizag city. The case is handed over to SP Krishna Dev (Adivi Sesh) an upright and intelligent cop. The games go on the serial killer is on the loose. Finally, Krishna Dev nabs the mystery man behind these killings. But in a tragic turnaround of events, he comes to know that the killer is someone else. Who is the killer? and why is he targeting only women? To know the answers, you should watch the movie.

Director Sailesh Kolanu who directed this second part of the HIT franchise has narrated it in quite a gripping manner. If Vishwak Sen’s HIT was more investigative, HIT 2 has more emotions, drama, and thrills.

Adivi Sesh is apt as the investigative officer and he still needs to work on emoting in emotional scenes.

The second half of the film is where the actual thrill beings and the director has done a good job of making it engaged. Director Sailesh presented the movie well without any dull moments.

HIT 2 is a routine serial killer movie and has nothing new to offer. It has a simple and engaging investigation but the wow factor which you expect has gone missing.

The movie begins on a slow note and it takes quite some time to enter the main plot. The villain’s track is revealed superbly but the actor is a bad choice. The killer’s facial expressions were not up to the mark as his role has much scope to perform.

On the whole, HIT 2 is another gripping crime drama with some good thrills and an engaging second half. Though the movie begins on a slow note, once the momentum picks up it keeps you engaged till the end. A decent watch.