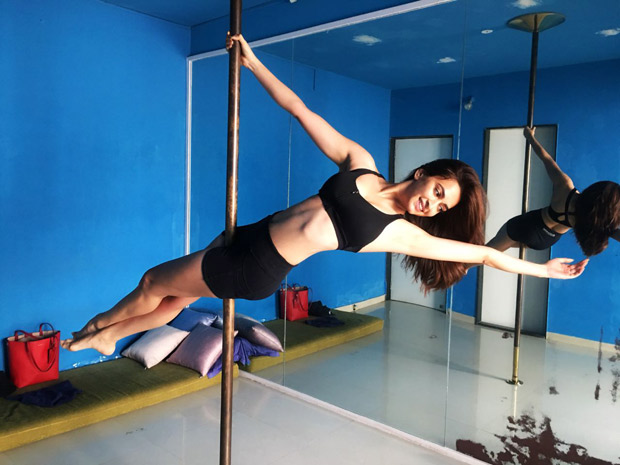 Actress Kriti Kharbanda has taken to pole dancing for fitness.
Kriti, who is awaiting the release of her forthcoming family entertainer “Yamla Pagla Deewana Phir Se”, has signed Sajid Nadiadwala’s “Housefull 4”, to be helmed by Sajid Khan.
In preparation for her role in the comedy film, Kriti needs to be fit, and so she has started working towards it by also following a diet.
Apart from pole dancing, she has also started taking Bollywood and contemporary dance classes to gain more flexibility as part of her preparation, similar to Jacqueline Fernandez whose pole dance videos went a viral couple of months ago.
Kriti said in a statement: “Pole dancing is a great way to enhance your fitness level and also your dancing abilities. It is something I haven’t done before but I’m really enjoying the process.”