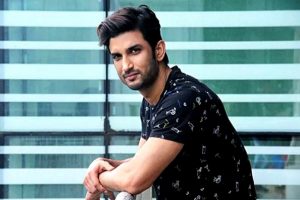 It’s been over two years since the Bollywood actor Sushant Singh Rajput was found dead in his flat in Mumbai and the twists and turns in his death case would outfox even the most skilled movie storytellers. The sudden demise of the actor at the height of his popularity stunned the nation.

Though initially it was claimed as suicide, Sushant’s family alleged it was a murder and not suicide, but finally, the case was closed as a suicide. Now, after more than two years of his death, Roop Kumar, the mortuary staff member of Cooper Hospital made some shocking revelations.

Speaking to the press in an interview Rupkumar Shah, an employee at Cooper Hospital in Mumbai, dropped a bombshell when he said Sushant Singh Rajput’s death appeared like a murder.

“When Sushant Singh Rajput passed away, we received five dead bodies at the Cooper Hospital for post-mortem. Out of those five bodies, one was a VIP body. When we went to perform a post-mortem, we learned he was Sushant and there were several marks on his body and two to three marks on his neck as well. The postmortem needed to be recorded but higher authorities were asked to only click pics of the body. Hence, we did that as per their order”, Shah said.

Sushant Singh Rajput was found dead in his Bandra apartment on June 14, 2020. He was found hanging. His girlfriend and actress Rhea Chakraborthy was questioned about the death of Sushant Singh Rajput. Even though there were reports that several bigwigs from Bollywood played a key role in his death but nothing has been confirmed officially to date.

Is Shubman Gill dating this Heroine?