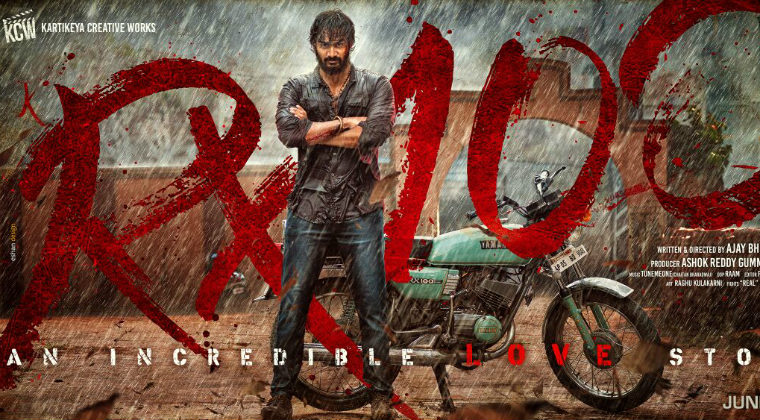 The theatrical release date of ‘RX100’ starring Kartikeya and Paayal Rajput is confirmed on July 12th. The film is being written and directed by Ajay Bhupathi who is the protégé of director Ram Gopal Varma.
‘RX100’ is said to be an incredible love story and the teaser has already a good response. The audio launch event was held last week and the music is getting good response.
Chaitan Bharadwaj is composing music for this flick.

Is it Love or Arranged Marriage for RX100 Director

RX100 tanks in the United States